Four Books to Inspire the Math Hero in You: Celebrating the 100th Episode Of the Math Ed Podcast

In kindergarten they celebrate the 100th day of school like Christmas. It is a big deal to get to that third digit. Same goes for Dr. Sam Otten (@ottensam) releasing 100 episodes of the Math Ed Podcast. It is a big deal.

The Math Ed Podcast has been a favorite resource for me to hear leaders and legends in mathematics education talk about the articles they have written, the projects they designed, and the careers they constructed. Almost as interesting is hearing about the doctoral studies of the guests, which frequently featured University of Wisconsin – Madison alumni (On Wisconsin!). I don’t know why, but it is comforting to picture math ed rock stars like Megan Franke or Jeremy Kilpatrick as doctoral students, figuring out what their dissertation topic will be.

Another interesting feature of the podcast is to hear what the guest would be doing if they were not in math education. This question led to Mandy Jansen (@MandyMathEd) voicing her wish to be a pop star and Tom Carpenter expressing his desire to be a point guard for the Golden State Warriors.

In honor of the 100th edition of the Math Ed Podcast, Sam wanted to do something a little different. He called for people to submit a 1-4 minute audio recording where people share a piece of math education scholarship (book, article, etc.) that has inspired them. Each recording needed to be accompanied by a reference of the resource and an introduction of the one sharing the resource. Sam compiled and shared these submissions as part of his 100th episode.

Sources of Inspiration during my Math Ed Journey

It is hard to count how many times I have been inspired and educated by listening to the Math Ed Podcast. At a minimum, I can submit something to be considered for the 100th episode…but what to submit. When I heard Sam’s request, four readings immediately popped in my head. Below I describe each and how they inspired me during my math ed journey in hopes they inspire the math hero in you.

Teaching Problems and the Problems of Teaching by Magdalene Lampert

As I would watch expert teachers in action, I would constantly have the question in my head for why they did what they did? Why did they move to that desk in the classroom? Why did they use that illustration to explain that concept? Why did they call on that student over another student? I didn’t understand the “why” of teaching, but I understood the “how”. I was up to my eyeballs in “how” through an excellent preparation program (On Wisconsin!). I was even provided a week of professional development prior to taking my first job . But it was the “why” that got me stuck. I felt like I was less intentional but more just lucky in my teaching that things seemed to go well. Then I read this book.

The book documents the teaching of Magdalene Lampert, as she used her elementary classroom as a lab to figure out how to use rich tasks to teach mathematics. The book provides a first person account of her teaching where you get inside of Dr. Lampert’s head as she directs a whole class discussion. She describes the moves she makes, why she makes them, and the internal doubts she has while making the move. Similar “inside the head talk” happens when she talks about setting up the physical space of the classroom, establishing routines, and choosing problems for the next class. This book is incredible. I recommend this book for anyone who wants to advance their teaching, or their thinking about teaching. She describes the “why” of her teaching so that it is applicable to the most novice of teachers and to the most veteran of researchers.

Early in the book, math is described by the authors as a “gatekeeper to citizenship”. This was the first shove to my thinking that teaching math had more meaning than I initially thought. Bob Moses was a leader in the civil rights movement in the 60’s, working to organize communities and register people to vote in Mississippi. In the book, he describes his work in the math classroom, through the Algebra Project, as parallel to that work. He argues that mathematics is more than a subject, it is access to academic and economic opportunities. Furthermore, if math is a gate to those opportunities, then lets get as many traditionally marginalized people through the gate. And then let’s dismantle the gate.

Up until I read this Journal for Research in Mathematics Education article I was pretty sure I was going to quit my doctoral program. We were reading a lot of theoretical research articles and it was difficult to understand anything. I could not see myself doing anything like what I was reading nor connect what I was reading to my work as a mathematics teacher. It was like every assigned reading was another voice saying “You don’t belong here.”

That feeling left after I read Gutstein’s article. In the article, Rico describes teaching mathematics for social justice and what it looked like through studying his own teaching. It was like he took what Bob Moses was talking about in Radical Equations to the next level. Also, he used his classroom to figure out what this thing called ‘teaching mathematics for social justice’ looks like in practice. This paralleled how I used my own classroom as a place of constant tinkering to enhance the learning of my students.

The Long Haul: An Autobiography by Myles Horton with Judith Kohl & Herbert Kohl

This isn’t a math ed resource (but it is my blog, so it is okay). This book is about the life of Myles Horton and the Highlander Folk School in Tennessee. The common response is “Who?” and that is exactly why I love this book. Myles Horton was a central figure in the labor and civil rights movements, yet few people have heard of him. Martin Luther King, Jr., Rosa Parks, Pete Seeger, even the previously mentioned Bob Moses, went to the Highlander Folk School, where they sought help figuring out how to best help their communities. This book helped my articulate my desire to lead people to love others to math education. Myles Horton had it instilled from an early age that his goal was to love others. He stood against commonly accepted practices for his day because they didn’t align with his desire to love others. In conclusion, this is a great book that has strongly influenced my work in math education.

That is my list. I’ll pick one of these to submit to Sam (ottensa at missouri.edu) by October 10, 2017. I am thankful for the Math Ed Podcast and I look forward to the next 100 episodes.

What piece of Math Ed scholarship is a must read for you?

Photo by Skye Studios on Unsplash 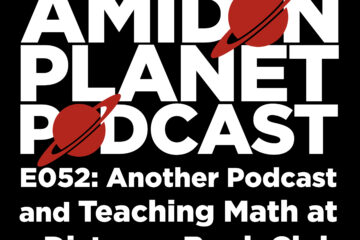 Learning how to teach better by documenting mile markers on the road to better teaching. Also a replay of the culminating experience of the Teaching Math Teaching Podcast Teaching Math at a Distance: Grades K-12, Read more… 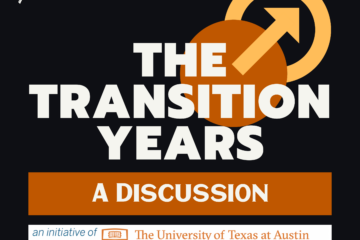 The Transition Years: A Discussion with Dr. John Staley

The Transition Years focuses on the complexity and importance of the transition years, the last two years of high school and the first two years of postsecondary education, on the mathematics experiences of students. Listen Read more…

Learning to teach better by examining the the featured book, Thirst: A Story of Redemption, Compassion, and a Mission to Bring Clean Water to the World by Scott Harrison. Also a replay of the culminating Read more…